Do I really need an ambient port with my custom In-ears?

When artists start using custom In-Ear Monitors, they  worry about feeling isolated from their audience. Some artists think they can overcome this by trying to use only one custom In-ear Monitor.

This is a bad idea. A very bad idea. We understand that you don’t want to be cut off from the audience, and we understand that custom In-ears sometimes have a reputation for making an artist feel isolated on stage. But let’s just say that your fears are based more on a myth or hear-say rather than on a reality. It is true that custom In-ears will block 26dB of ambient stage sound/noise, but that’s far from going into an isolation chamber. And there are still plenty of ways to get that ambient stage sound into your mix.

In all honesty, your stage setup will generally have enough bleed from the mics on stage to pick up the audience and stage noise. You’ll still hear your fans singing back to you and you’ll still be able to play off of their energy. But if that’s not enough, many audio engineers use at least 2 or 3 audience mics that are blended into the In-ear mix.  Since musicians tend to move around, good audio engineers will pan those in stereo as left, center and right so you can tell where the audience is in relation to your stage position.  Another trick is to turn those audience mics up between songs to give you more interaction with the audience. By the way, it is important to turn them back down during the song in order to clean up the mix.  Too much ambient noise can muddy up the mix and make it get a bit lost.

If that’s still not enough, you can order any of your custom In-ears with the built-in ambient port feature. This is basically a controlled hole in the custom shell of the In-ear that allows the user to adjust how much ambient bleed they want to hear through it. If the ambient port is fully plugged and blocked off, the In-ears operate normally on their max noise isolation. If you want the ambient port open, you can remove the plug and the stage noise and crowd noise will reach your eardrum through a -12db filter along with the critical In-ear mix. But be warned. The low-end frequencies are dependent on having a complete seal. Once you open up your custom In-ears, you lose the low-end response. You’ll have to get those frequencies from wedges and side-fills while supplementing with an In-ear mix. You’ll have to play around and find your optimal ambient set-up.  Keep in mind that we can not add the ambient port feature to your custom ears after they have been made.  But we can always remove the ambient feature if you prefer not to use it.

Here’s the deal. The ambient port feature works best for traditionally older bands who are more accustomed to playing with wedges. It is a happy marriage between older and newer technologies. The ambient port feature is also good for bands who are just starting off on custom In-ears and who are worried about what it will sound and feel like. Think of it like this — ambient ports are more of a safety net than anything else. All custom In-ears are a sizable upfront investment and since the fear of being isolated is real, the option of having ambient stage noise helps to make the transition to In-ears possible. But once an artist gets comfortable with relying on an In-ear mix, more often than not, they opt to keep their In-ears fully sealed. For $100.00, the ambient port feature is a great insurance policy. Does that make sense?

Now, back to your original question. When you have one ear fully sealed and the other ear wide open, you are getting the worst of both worlds. And you are dealing with 2 totally different sound sources and sound pressure levels. Inevitably, your In-ear mix gets too loud.  If the stage volume is 115db and one In-ear monitor is in and the other one is out, you will turn up the In-ear to be as loud as or just a little louder than than your surrounding sound.  Don’t do this.  In time, this can and will damage your hearing.  With the 26dB of isolation it is different.  If the stage volume is 115dB then your In-ears level can be as low as 89dB to keep up.  Most people will go a few dB louder than their surrounding volume to get above it.  So I would plan on the In-ear mix as being about 91dB.  Keep in mind that 3dB is double the power level.  So the difference between 118dB and 91dB is significant.  Either commit to being fully sealed with 2 In-ears or use the ambient port feature with both In-ears. Keep yourself in balance and keep your focus on your long-term hearing health. We’ve all seen famous artists wearing only one In-ear on TV performances but that doesn’t make it right. 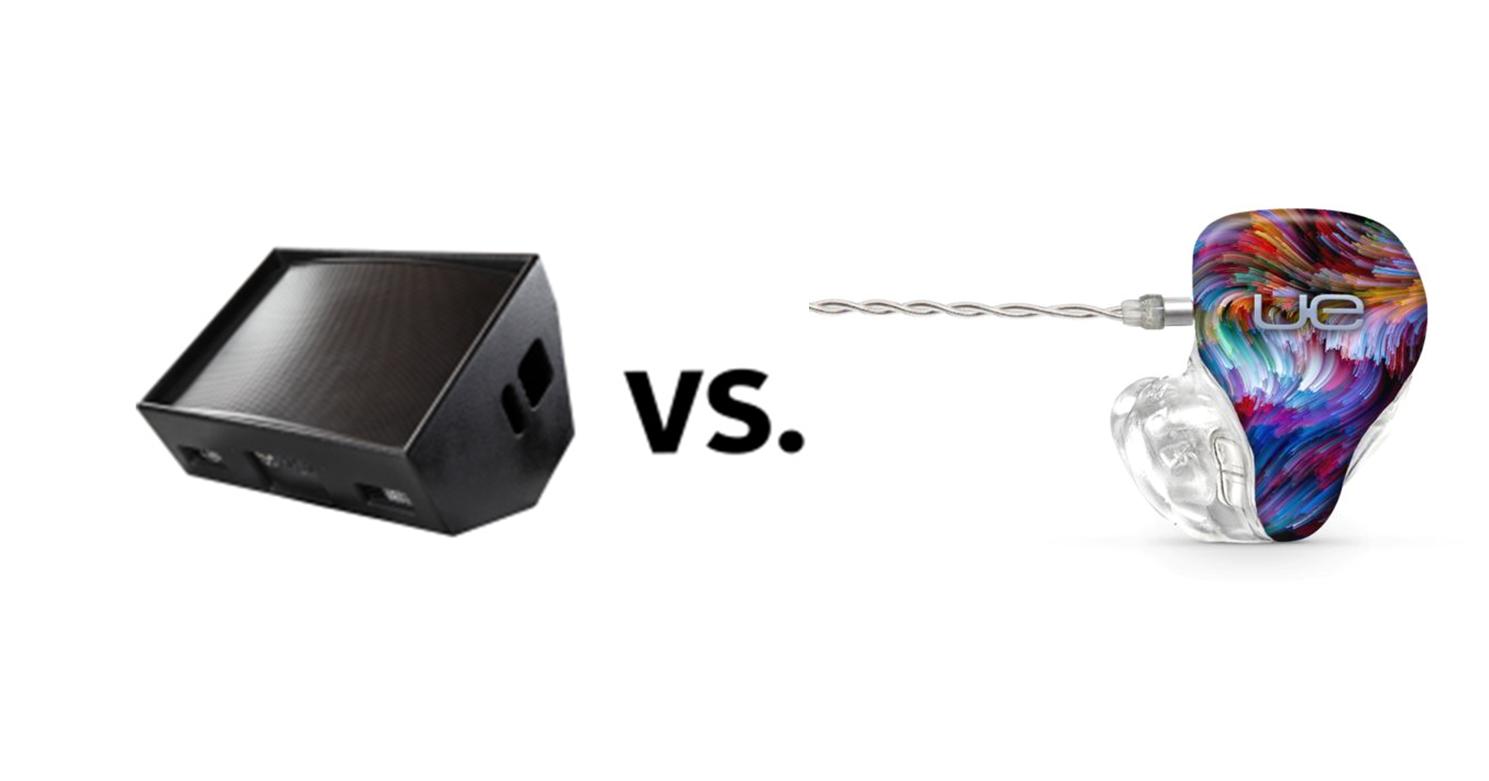