Did you know that Ozzy Osbourne currently holds the Guinness World Record for the longest scream by a crowd without stopping? The scream, which was part of a publicity campaign to promote his album — appropriately entitled ‘Scream’ — lasted one minute and eight seconds and was registered between 105-107 decibels. Had the stunt also broken the record for the loudest scream by a crowd, as was the intention, the decibel level would have been over 127.5 decibels, the equivalent of the threshold of pain. Of course the former lead singer of Black Sabbath is no stranger to loud noise and has a lengthy history of recording heavy metal music, including hit songs such as Bark at the Moon, Hellraiser, Let Me Hear You Scream and You Can’t Kill Rock and Roll.

Unfortunately, Ozzy’s constant exposure to loud music has been a key factor in causing hearing loss and tinnitus. Hearing issues can be caused by a number of factors including old age, disease, infection, some drugs, personal trauma and exposure to loud noise. It’s no secret that Ozzy has dealt with drug and alcohol abuse and has also suffered with depression. ‘I suffer from permanent tinnitus … which means I’ve got this constant ringing in my ears, which has also made me somewhat deaf (or ‘conveniently deaf,’ as Sharon calls it). It’s like this Whee!! noise in my head all the time. Should have worn earplugs, I guess,’ wrote Ozzy, referring to his wife Sharon, in his “Ask Dr.Ozzy” column in the Sunday Times newspaper.

These days, Ozzy is somewhat of a transformed character and focuses on family values and healthier living. Ozzy is active in promoting healthy hearing, and has raised funds to fight hearing loss, handing out complimentary hearing aids at charity events and guest starring in the ‘Listen Smart’ DVD, a hearing education movie produced by H.E.A.R. (Hearing Education and Awareness for Rockers) which you can see here: It’s doubtful that Ozzy, who is 63, will stop recording loud music, but hopefully his hearing loss awarenes will encourage many of his fans to take steps to protect their own hearing and stay connected to the people — and music — they love.

Luckily, for Ozzy fans in Canada, complimentary hearing tests are available at any of the more than 120 Connect Hearing clinics across the country.

They are one of the most popular boybands in the world, and are greeted with piercing screams from fans wherever they go. And now One Direction singer Louis Tomlinson has revealed he has started to go deaf in his right ear due to the volume of screaming the band are subjected to.

The 20-year-old singer is quoted at telling the Daily Mirror that he is suffering from tinnitus in his ear, which has muffled his hearing. He said: “I am going slightly deaf in my right ear. It’s tinnitus… something like that.” Louis added that the band’s fans were always ‘very loud, especially Scousers.’

A source told the paper: ‘Screams during gigs have started affecting the boys on stage. They are only young and still developing, so management insist they wear hi-tech earpieces and filters to reduce the volume of the screaming and the music.’ But Louis’ hearing difficulties are unlikely to affect the reaction the band get from their very eager fans. Struggles: Louis revealed that the screams from the louder fans of the band have caused him to suffer from tinnitus in his ear Meanwhile, the boys have spoken about their nominations at the MTV Video Music Awards, revealed yesterday, admitting they are more than excited about performing at the event in September.

Liam told MTV news: ‘We’re really looking forward to the VMAs. It’s quite nerve-racking as well, because obviously there’s been so many historical moments and stuff that have happened at the VMAs. Now we want to make a moment ourselves, but who knows?’ The boys have been nominated for Best Pop Video and Best New Artist for their video for What Makes You Beautiful. Harry added: ‘It’s a big occasion to perform at the VMAs, and we’re here for our fans.

So this one’s for our fans.’ New rules: The boys have now been told to wear protective earpieces when they perform to prevent further damage to their hearing. 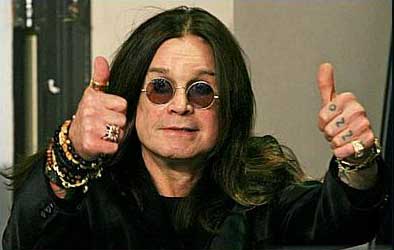