IRVINE, Califorina — Ultimate Ears, the number one choice of the world’s top touring musicians, has teamed up with EMI Music’s Capitol Studios, the legendary recording facility in Hollywood’s landmark Capitol Tower, to design the first custom in-ear reference monitors for use by professional producers and audio engineers – the Ultimate Ears™ In-Ear Reference Monitors. For the first time, Ultimate Ears, a product unit of Logitech (SIX: LOGN) (NASDAQ:LOGI), has delivered a monitor that features a flat response curve that is both natural and dimensional in its sound reproduction.

The Ultimate Ears In-Ear Reference Monitors are designed specifically for professional studio engineers and producers for use in a variety of settings, including recording studios, with portable laptops and in live venues and rehearsal studios for recording, mixing and mastering. They provide up to 32 dB of noise isolation so engineers and producers are isolated from the interference due to studio or room noise. All that is delivered directly to the ears is the natural and true audio track — no need to worry about near-field positioning. And since only high-fidelity audio is delivered directly into your ears, the engineers are always in the “sweet spot,” ensuring that they are hearing the tracks as they were produced, mixed or mastered – authentic and precise.

“With the release of the Ultimate Ears In-Ear Reference Monitors, we have taken our extensive knowledge of custom in-ear monitor sound reproduction for touring artists and applied it to meet the demands of recording engineers and producers,” said Philippe Depallens, vice president and general manager of the Ultimate Ears product unit for Logitech.“Finely tuned in collaboration with the world-renowned engineering team at Capitol Studios, these custom monitors represent our relentless pursuit to provide the music industry with new products based on leading technology and expertise. While they are designed for engineers, they will also meet the needs of our audiophile customers who demand sound delivered with a true and natural flat response.”

Capitol Studios and Ultimate Ears engineers have spent many hours together at Capitol Studio meticulously designing the Ultimate Ears Reference Monitors sound signature and performance. The result is a revolutionary product that meets the exacting standards of audio professionals at both companies.

“Capitol Studios’ number one mission is to attain the best fidelity possible,” said Greg Parkin, vice president of Capitol Studios. “We are very proud to be collaborating with Ultimate Ears as they share our passionate commitment to delivering audio in its purest form to musicians, engineers, and fans. We have extremely high standards and strive to operate a finely tuned environment for our clients every day. We also know that engineers often have to mix and work in a number of unfamiliar environments. Ultimate Ears’ rigorous expertise in engineering, coupled with input from our team, has delivered a great product that gives engineers the confidence that what they’re hearing is authentic and natural.”

“This is a new and exciting technology twist on traditional studio reference speakers and headphones – the Ultimate Ears In-Ear Reference Monitors present a very flat curve that is both transparent and revealing,” explains Tal Herzberg, professional recording engineer and producer who created multiple Grammy winning recordings and mixes for such acts as the Black Eyed Peas, Pussycat Dolls, and Mary J. Blige. “What is unique is that I find myself not worrying about environmental noise. Once I put these on, the isolation is so good, room noise is virtually eliminated. All I hear is the natural, dimensional sound the monitors create, allowing me to accurately record and mix.”

Professional recording and mixing engineers increasingly must adapt to recording in changing environments and mobile settings, so the Ultimate Ears Reference Monitors are a great solution. These monitors deliver pro audio reproduction, but their small, in-ear size makes them easy to use on the go. Because they virtually eliminate room noise, they are a perfect complement to the increasing number of engineers who rely on their laptops, audio interface and pro audio software to record and mix in a variety of settings: at home, on a plane, or when working in multiple studios that are sometimes unfamiliar.

Capitol Studios engineer Steve Genewick states, “For years I’ve been looking for a way to take the balanced space I am accustomed to at Capitol with me when I’m away recording in a live setting, or in an unfamiliar studio. Ultimate Ears has now made that possible.”

With three individually tuned, balanced armature speakers in each handcrafted monitor, Ultimate Ears in-Ear Reference Monitors are able to reproduce frequencies with an extended wide band response from 5 Hz to 18 kHz for a more authentic sound. And by eliminating the burdensome Y joint connector and using a tightly braided cable to reduce friction and tangling, you will only hear a clean sound signal. The new low-distortion, low profile cable greatly reduces any possible cable cross-talk. The dual sound channel configuration keeps the low, mid and high frequencies separated until they reach the ears, where they mix naturally, reducing any chance for distortion.

“I’m finding the Ultimate Ears Reference Monitors to be a great tool,” said Tom Schlum, director of technology for Capitol Studios. “They allow me to move between very different acoustic and monitoring environments, with the knowledge that I have a consistent sound stage to reference.”

Ultimate Ears makes listening devices that let people enjoy music the way it was meant to be heard. A product unit of Logitech International (SIX: LOGN) (NASDAQ: LOGI), Ultimate Ears is the leading supplier of custom in-ear monitors for professional musicians and an emerging provider of premium earphones and headsets for the consumer market.

For over 50 years, EMI Music’s Capitol Studios a destination where some of the world’s top musicians have come to collaborate and record their most important projects. Housed in the historic Capitol Records Tower in Hollywood, Studio A and B have hosted legends ranging from Frank Sinatra, Dean Martin and Nat King Cole to the Beach Boys and contemporary greats such as Green Day and John Mayer. Capitol Studios specializes in live recording sessions, webcasts, string dates, mixing to film shoots and videos, as well as mastering to vinyl. 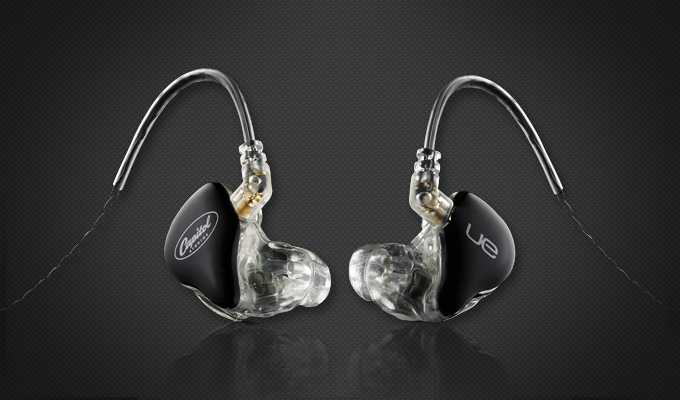